Based on the latest report, Realme GT Neo 3T is going to launch in India with specs like triple 64MP cameras and a 5000mAh battery! Come and see the full details of Realme GT Neo 3T specs below!

From what we learnt, Realme announced various affordable smartphones that belong to the GT Series this year, such as Realme GT 2, Realme GT 2 Pro, and Realme GT Neo3. This June, the Chinese brand will reportedly unveil the new Realme GT Neo 3T smartphone in India by June or early July. Today, we caught a glimpse of the vanilla Realme GT Neo 3T handset on various websites. Let’s see what we have found in the following paragraph!

Concerning the hardware department, the Realme machine provides the Qualcomm Snapdragon 870 chipset. Regarding the software, the Realme smartphone ships with Android 12-based Realme UI 3.0 as the operating system. Moreover, the Realme handset comes with 8GB of RAM and 256GB of onboard storage (Expandable to 256GB). Imaging-wise, the Realme GT Neo 3T camera packs triple lenses on the rear setup. It consists of 64MP primary lens + 8MP ultra-wide lens + 2MP macro sensor. For a lens at the front-facing, we get a single 16MP camera. How about the capacity? The powerhouse of the Xiaomi smartphone is a monstrous 5000mAh battery cell. Thus, the Realme phone is equipped with Dolby Atmos, Hi-Res audio, VC cooling, and an in-display fingerprint sensor for security. In addition, connectivity options include 5G, Wi-Fi 6, Bluetooth 5.2, GPS, NFC, and a USB Type-C port. 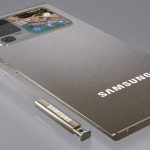 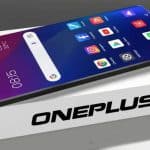